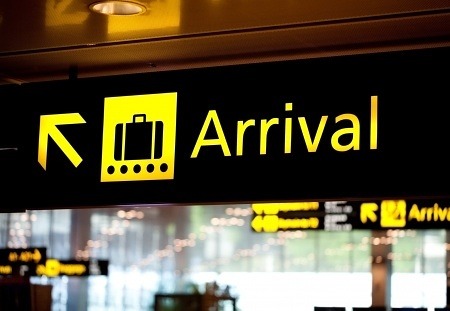 Starting in April of 2015, visitors from Cleveland, Ohio, will be able to fly to Myrtle Beach in just about two hours.

“Horry County Department of Airports is thrilled with Spirit’s announcement to add daily non-stop air service from Myrtle Beach International Airport to Cleveland Hopkins International Airport” Pat Apone, director of airports, said in a prepared statement. “Spirit is a great airline partner, and this announcement continues to show its commitment to Myrtle Beach, South Carolina and the entire Grand Strand.”

“Cleveland area golfers will now have the opportunity to be on the ground in Myrtle Beach less than two hours after takeoff, spending more time playing golf and enjoying our area,” Golden said in a press release. “With its commitment to providing great fares and service, Spirit Airlines is an invaluable partner to the Myrtle Beach community, and Cleveland golfers will now benefit from that partnership,” Golden said.

In a statement to the Sun News, Brad Dean, president of the Myrtle Beach Area Chamber of Commerce remarked,

“The new daily service and additional marketing investment could lead to double-digit increases in travel from Cleveland. Cleveland has ranked high on our wish list for new air service as we have limited penetration but the length of drive restricts our ability to market three- and four-day getaways and golf packages. That will change with daily nonstop service.”

Spirit Airlines, based in Miramar Florida, is adding seven other cities to its route plan to and from Cleveland, including Orlando, Dallas/Fort Worth, Las Vegas and Los Angeles, with service beginning as early as January 15th, for some routes.

“Cleveland and Northeastern Ohio have endured high fares long enough,” said Mark Kopczak, Vice President of Network Planning for Spirit Airlines, in a company press release. “Spirit’s super low Bare Fares™, with Frill Control™ allows customers to choose only those extras they want to pay for and gives them the most control over their travel budget. By saving on travel, our customers have more money left over for when they get there.” 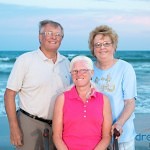 Stacey Baumgardner, an elementary teacher from Ohio, cherishes the childhood memories of summer holidays on the Jersey Shore. When she retired from teaching she knew she wanted a vacation home near the coastline. Stacey mentioned her idea to her … END_OF_DOCUMENT_TOKEN_TO_BE_REPLACED