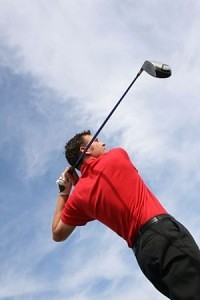 This week The Golf Channel revealed the cast for the 22nd season of its popular reality competition, Big Break. This season finds six men and six women competing for a grand prize worth more than $100,000. The 22nd season, titled, Big Break Myrtle Beach, was filmed at Barefoot Resort and Golf in Myrtle Beach. The cast of 12 are all at different stages in their golf careers but are looking to take their game to the next level. Some of the players are competing full time on the Symetra tour, as well as other smaller tours throughout North America. Other cast members became professional just to qualify for Big Break Myrtle Beach.

The contestants will compete against each other with the goal of being eligible to join the PGA or LPGA Tours.

The season begins on October 7th at 9 p.m ET on the Golf Channel and runs through December.

The following bios of the contestants of Big Break Myrtle Beach were made available courtesy of The Golf Channel.

Contestants (courtesy of The Golf Channel)

• Jimmy Brandt (31, Auburn, Ala.): Competing full time on mini tours, Brandt accumulated six victories and 16 top-10 finishes on the Hopkins Tour in 2012 and 2013 and earned conditional status on the Web.com Tour in 2011 and 2012 through Q-School. His father, who introduced him to the game, is his full-time caddie.

• Katie Detlefsen (25, Eagan, Minn.): A recipient of the prestigious Dinah Shore college scholarship in 2010, Detlefsen has been an LPGA Class A Teaching Professional since graduating from the University of Central Florida in 2011 and now aspires to play on the LPGA Tour.

• Katy Harris (35, Humble, Texas): An All-American at LSU, Harris hung up her golf clubs following graduation in 2001 due to a hand injury. She returned to the game in 2010 and qualified for the U.S. Women’s Open three consecutive years (2011-13), won on the Cactus Tour, CN Canadian Women’s Tour and the Symetra Tour and earned LPGA Tour conditional status in 2014.

• Christian Heavens (25, East St. Louis, Ill): An alumnus of the First Tee of Greater St. Louis, Heavens credits golf for helping him escape the pressures of the streets of East St. Louis. He competed at Georgetown College in Kentucky on a First Tee Scholars scholarship and is competing on mini tours including the Florida Pro Golf Tour.

• Dave Markle (29, Shelburne, Ontario, Canada): He was the 12th-ranked amateur in the world in 2008 and is competing on PGA Tour Canada. Markle was diagnosed with Type 1 Diabetes in 2011 and is an ambassador for the Canadian Diabetes Association.

• Carolin Pinegger (23, Schladming, Austria): A college teammate of Detlefsen at Central Florida and one of the more decorated junior golfers out of Austria, Pinegger moved to the U.S. at age 16. The 2013 grad is competing on the Symetra Tour.

• Krista Puisite (23, Riga, Latvia): A past member of the Latvian Junior National Team, Puisite turned pro early in 2014 after graduating from Texas State and is competing on the Symetra Tour and mini tours.

• Anthony Quezada (19, Phoenix, Ariz.): Among the youngest competitors in Big Break history, the The First Tee of Phoenix alum turned pro in 2013 after recording 33 victories on the Junior Golf Association of Arizona circuit. He also has Type I Diabetes and wants to use golf as a platform.

• Tessa Teachman (24, Baton Rouge, La.): She finished third at the 2012 NCAA Division I Championships as a senior at LSU, then underwent surgery to repair multiple torn tendons in her right wrist – an injury that plagued her throughout college. She’s playing a full schedule on the Ladies European Tour and U.S. mini tours.

• Emily Tubert (22, Burbank, Calif.): A three-time All-American at Arkansas who graduated in May, Tubert won the 2010 U.S. Women’s Amateur Public Links Championship, was a member of the 2012 U.S. Curtis Cup Team and competed in the 2013 U.S. Women’s Open.

The winner of Big Break Myrtle Beach will receive more than $100,000 in cash and prizes, including:

•An exemption to the 2015 Valspar Championship or the 2015 Portland Classic on the LPGA Tour.

•Full, exempt status to the 2015 NGA Pro Golf Tour or the 2015 Symetra Tour with all entry fees paid.

•An endorsement contract from Adams Golf.

•$10,000 in travel credit courtesy of Travelocity.

•A seven-day, six-night all-expenses paid return trip to Myrtle Beach with accommodations provided by North Beach Plantation and six rounds of golf that can be played at any of Myrtle Beach’s 100 premiere golf courses. 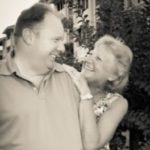 Sometimes, taking a chance pays off in a big way. For Michael and Marge Rzepka, who have lived in Naperville IL for the past 18 years, visiting the ocean was always something they looked forward to. A couple of years ago, the couple visited Myrtle … END_OF_DOCUMENT_TOKEN_TO_BE_REPLACED